Only the Necessary
Recent Art History

Only the Necessary, Recent Art History

Three classes covering the works of artists from the Minimalist movement of the 1960’s, over the impressive works of Land Art to some aspects of conceptual art and “dematerialzing” of the 19’70s and 80’s.

In this data sheet you can find detailed information about the course, the teacher, specific materials and digital requirements, registration and fees.
Have a look at the different tabs and let us know if you have any questions. 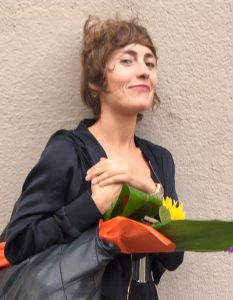 Since 2013, Helena is in-house gallery curator at àngels barcelona, combining this activity with her work as a European educational guide in France, UK, Portugal and Spain.

She holds a BA in Art History and an Arts Management diploma, Birckbeck college, London, as well as an MA in Contemporary Art Theory, Goldsmiths University in London.
She has worked on educational projects for Tate Modern and the Barbican centre in London. Whilst living in Paris she worked as a Projects assistant at the Kadist Art Foundation as well as for the design studio of Robert Stadler and also for BAR Project in Barcelona.

Class 1
During this class we will take a look at Minimalism, an extreme form of abstract art mostly developed in the US, emerging in New York in the early 1960s. Minimalist artists questioned conventional boundaries between various media and used industrial materials thus emphasizing anonymity over the expressive excess of Abstract Expressionism. Painters and sculptors avoided overt symbolism and emotional content, but instead called attention to the materiality of their works.

Class 2
During this session we’ll explore what has been labelled as Land Art, Earth Art or environmental art, and Earthworks. “Land art” expanded boundaries of art by the materials used and the location of the works. Land art was part of the wider conceptual art movement in the 1960s and 1970s. Earth art was usually documented in artworks using photographs and maps which the artist could exhibit in a gallery. Land artists also made land art in the gallery by bringing in material from the landscape and using it to create installations.

Class 3
During this session we’ll work on the notion of Conceptual art, based on Lucy Lippard’s essay “Six Years: The Dematerialization of the Art Object from 1966 to 1972” , Lippard presented evidence that art might be entering a phase of pure intellectualism, the result of which could be the complete disappearance of the traditional art object.

During the course suggested readings and bibliography will be presented to the students.

Here you can see the weekly structure of the classes offered from the 26th of October to the 9th of November 2020.

Participants can choose to register for the online classes individually or in packages of 2 to 3 classes (activities up to 4 days a week).
We strongly recommend that all students registered on the practical classes also take the Recent Art History (Mondays, 19’00 to 20’30).

All teaching schedules are in Central European Time. Check the time difference here.

Metàfora’s student population is rich and diverse in age, previous fields of experience and level. Our students come from all over the world, and we are interested in candidates who contribute to the community through active participation in all our activities.

Once you fill in the form on this page you will be taken to a payment page where you can chose the option which suits you the most.

For our online course you do not need to prepara an application, but we would like it if you sent us a brief CV, a short motivation letter and some images of your work, if you have any.

You can send it to msa@metafora.org

Even if Metàfora is an independent institution, its Studios Arts Programs calculates class hours according to ECTS (European Credit Transfer and Accumulation System), where 1 ECTS credit equals 25 hours of the sum of lective hours + homework.
As in all universities and schools for further education in Europe, a full time academic year counts 60 ECTS. This includes all education activities, individual studio practice, etc.

Upon completing a stay on Metàfora’s Studios Arts Programs, the student receives a detailed transcript and a personalized Studies Report. These documents are issued only to students whose attendance to the course complies with formal attendance-indications (see below).

Classes, for which the student has been absent for more than 20% will not appear in the transcript.

Participants can choose to register for the online classes individually or in packages of 2 to 3 classes (activities up to 4 days a week).
We strongly recommend that all students registered on the practical classes also take the Recent Art History (Mondays, 19’00 to 20’30).

Future students who have paid the registration fee for their course are invited to join one Practical Course + Recent Art History with 75% discount.

Alumni are invited to join with an additional 10% discount.

WHAT OUR STUDENTS SAY ABOUT US

“…Spain was badly affected by the COVID19
and we are all secluded in our houses.
Metàfora is doing an excellent job of offering online classes
to the ones of us who were doing the studio arts program . . .”

“…By nature, the Recent Art History class is the one in the studio arts program which is easiest to translate to an online format. Now, Helena is doing an excellent job during the lock-down. The classes are dynamic and staying in front of the computer is never tiring…”

Are you one of those people who have always wanted to do a serious art course, but never had the time of the possibility? Here is a chance for you to develop skills in different contemporary art disciplines and test those ideas which have been in your sketchbook for too long.
Even if this option is not a full time course you must expect several hours of studio work every day, besides the classes you follow.

You will work with Painting, Drawing and Performance and develop your artistic discourse with references from Recent Art History.

Choose the intensity you want

Students who have some time on their hands, but who are not looking for a full-time study can chose to attend one or more classes every week. This is also a way of trying out whether Metàfora is for you.

You get to dive into different disciplines and work you ideas from different angles. Choose among the practical art classes and supplement the practical work with basic knowledge of recent Art History.

Maps were disabled by the visitor on this site. Click to open the map in a new window.

Let’s have a look at your artwork. Send us a few images and your cv, and we will come back to you with feedback and advice.